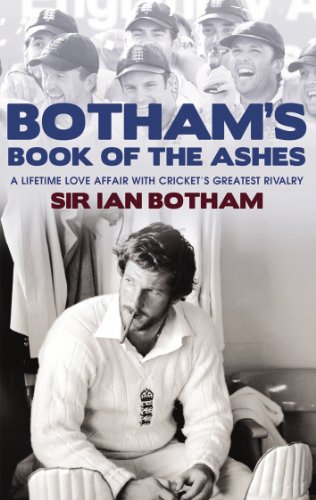 Sir Ian Botham and the Ashes are as closely intertwined as willow and leather or Merv Hughes and his moustache. You simply cannot think of one without the other. In this book, Sir Ian takes you on a ride through a lifetime's relationship with cricket's oldest and most treasured prize, revealing just how it has shaped his life and how he has helped to turn it into the contest it is today.

From the moment he first watched the likes of Ken Barrington stride to the wicket in jaw-jutting defiance to the day he flayed Australia's bowling attack around Headingley as if playing with his mates in the park, and then onwards to his role in commentating on what was arguably the finest series of the lot, in 2005, Sir Ian has a rich and varied connection with the Ashes, and he tells all here.

The Ashes is a series that has provided incredible highs and heartbreaking lows for English and Australian fans alike over the past 35 years. Sir Ian has often been at the centre of the roller-coaster ride. Whether it is his account of his days as England's dogsbody in 1977 in Melbourne or the story of his refusal to let Bob Willis bowl downwind until he was angry enough to skittle the Aussies in 1981, all is revealed in depth in Botham's Book of the Ashes.